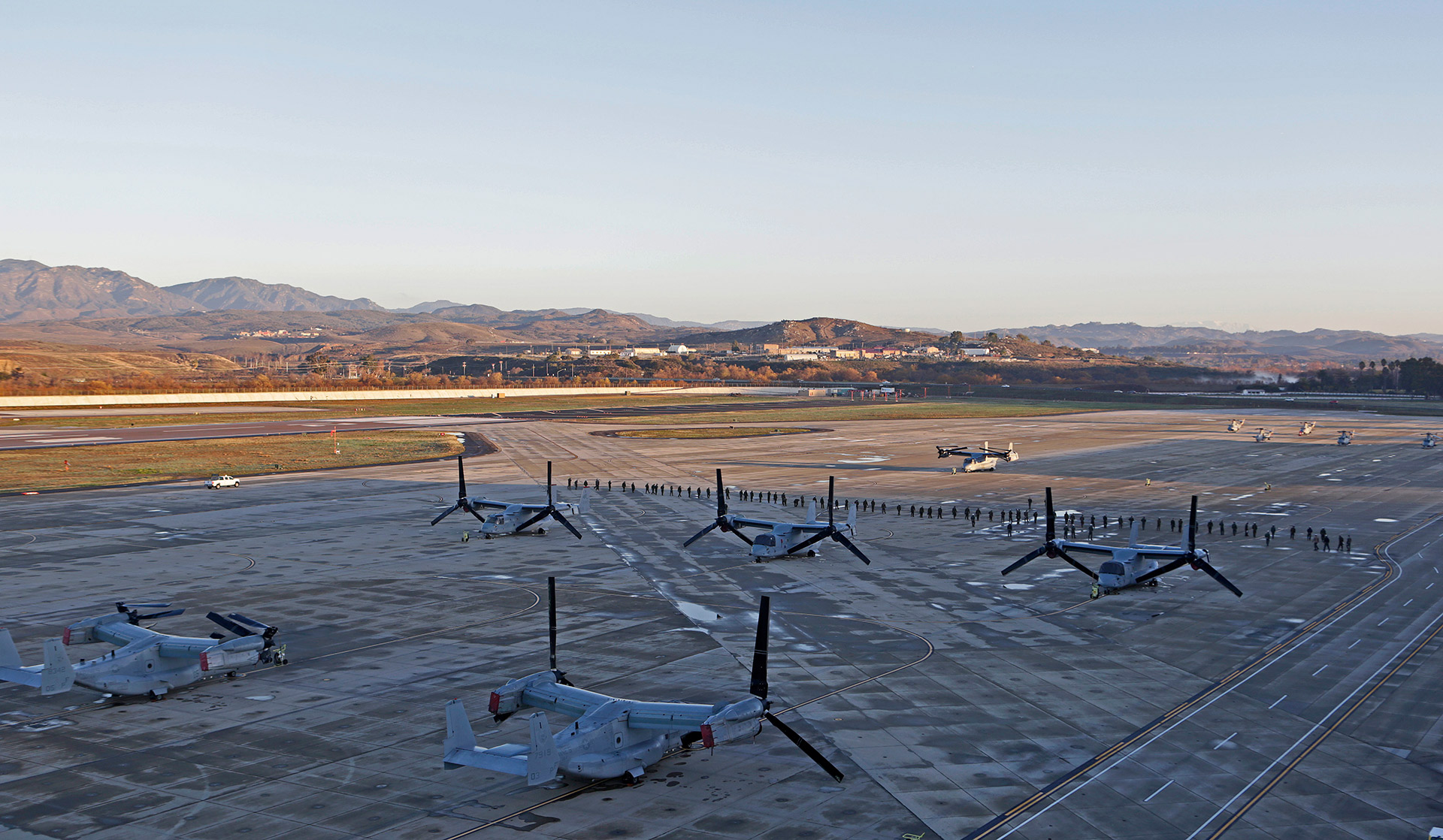 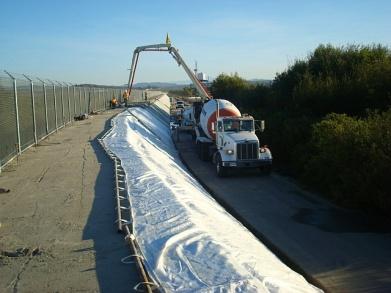 Camp Pendleton was commissioned in 1942 and is currently home to Marine Aircraft Group 39. The base’s diverse geography and more than 125000 acres (506 km²) serve as the location for year-round training for Marines and other branches of the U.S. military. The base’s 17 mi (27 km) of coastline offers ample opportunities for amphibious and sea-to-shore training.

In 1998, more than $100 million in damage from flooding occurred when a levee burst, sending a 6 ft wall of water onto the airfield.

The Department of the Navy commissioned Winzler & Kelly to design the 9559 ft long levee repair at MCAS airfield. The project specifications called for a 6 in thick fabric formed concrete erosion protection for the levee’s 1h:1v side slope. Reyes Construction, the project’s general contractor, selected HYDROTEX® Uniform Section US600 for the protective cover.